This project aims to reinterpret eighteenth-century culture through historical bibliometrics [i.e. the application of quantitative methods to the historical study of the production, dissemination and reception of books] and digital, spatial and textual analysis. 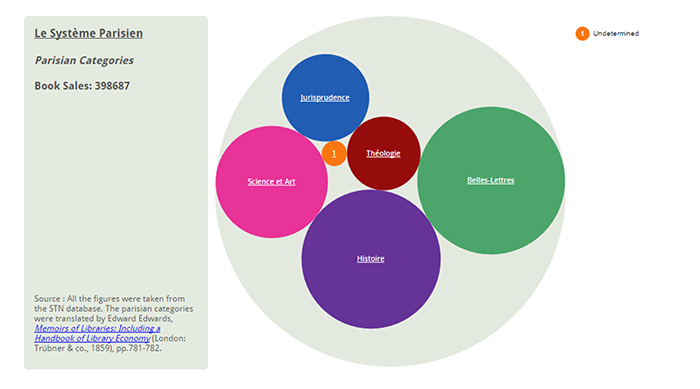 It will radically revise understandings of the late enlightenment and the transformational impact of print by reconstructing popular reading trends across the period c. 1770-1790. Through an industry-wide digital survey of unprecedented scope embracing millions of copies of thousands of titles and all sectors of the book market – the legal, the pirate and the dangerously contraband – it asks the following research questions:

To answer these questions the project’s methodological objectives are:

Moreover, because its technologies will be transferable and can be used to study other societies, the project marks the first stage in a wider initiative to map the transcultural evolution of modern cultures. Enlightenment France makes the ideal test-bed for this method due to its mature, rich but finite print culture; the wide range of sources generated by its complex systems of censorship and policing; and the availability of pre-existing digital resources developed by members of the project team.

This project seeks to promote cultural awareness by charting the contours and transnational connections of enlightenment ideas and print culture through the use of a powerful digital tool. This tool will be made publicly available. It aims to increase national capacity by developing researchers trained in, and promoting understanding of, new critical tools and methods for applying digital humanities technologies to complex problems and uncertain and incomplete data.