The STN archives are above all business archives.  They contain information about 2,922 clients and contacts of the STN, including booksellers, papermakers, writers and authors, carters, bankers, financial agents, politicians, and several hundred other professions.  For example, all the professions associated with the book trade economic sector are mapped here. 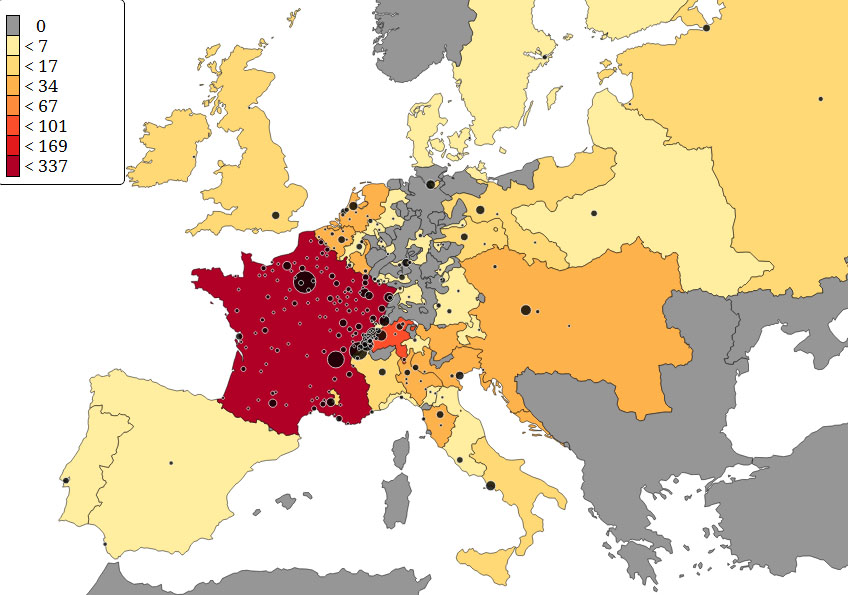 Hitherto, the only way of accessing this information has been through the BPUN’s magnificent card index, or, through their less complete hand list of clients, MS1000a.  The French Book Trade (FBTEE) database expands upon these sources, and contains all relevant information on the STN’s client network that could be located in the archives.  It allows users to search correspondents by place or profession, and details the BPUN’s manuscript holdings relative to each client, including much previously catalogued information.

Here’s detailed information on one of the STN’s 66 corresponding paper makers!

The details of their location, the dates the corresponded with the STN, the number of letters they sent to and received from the STN, and many more things are only a click away.

For those clients that traded books with the STN, it is possible to build a total picture of their trade broken down over time in the form of a trade calendar.  Here, for example, is the trade of Gabriel Grasset, by month and year. 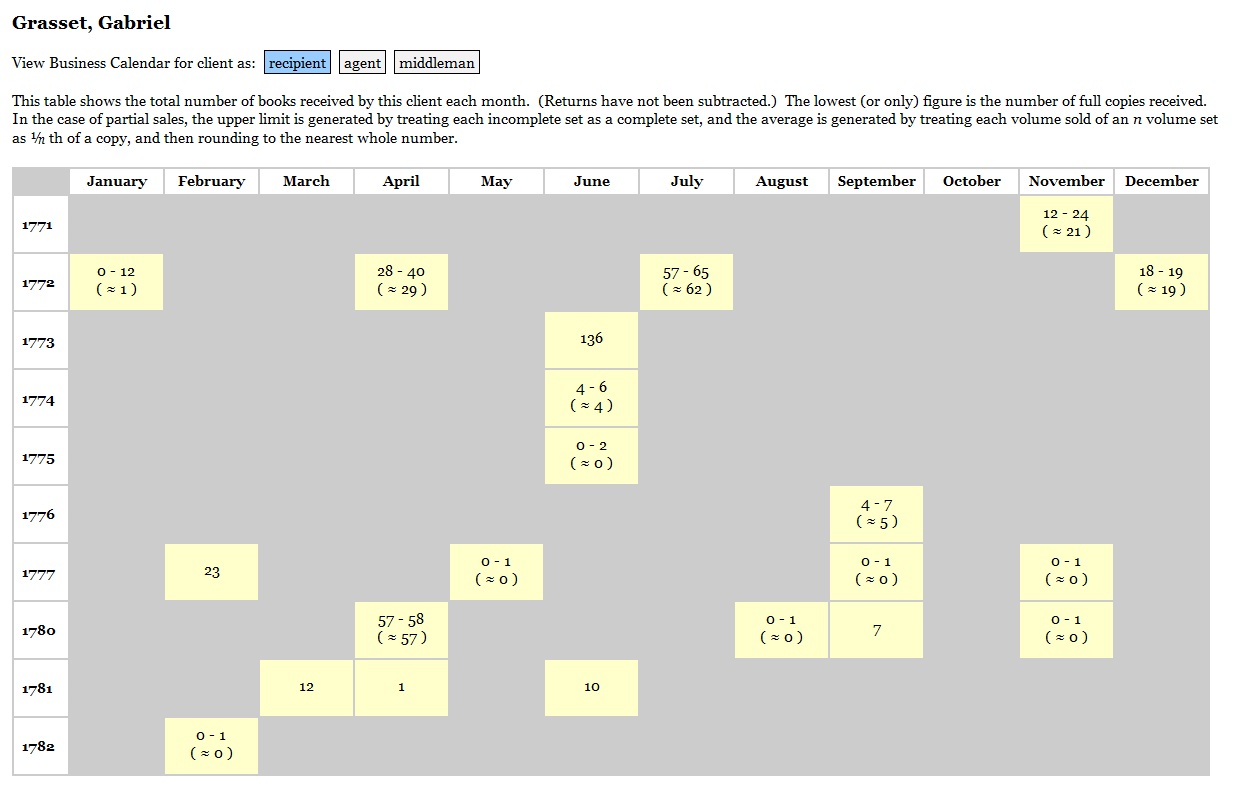 Used in tandem with other techniques, especially edition fingerprinting and analysis of typographical materials, the French Book Trade database is a major bibliographic tool for tracing or authenticating editions.

Most editions in which the STN traded were produced in Switzerland, and as a rule they preferred to source them directly from their publishers.  Thus, analysing the STN’s purchases enables database users to help pinpoint the publishers, or most likely publishers, of individual editions.

By collating information on purchases, it is possible, for example, to name the most likely publisher of this 1776 Swiss edition of Pidansat de Mairobert’s Anecdotes sur M. la Comtesse du Barri, which bears the false imprint London. 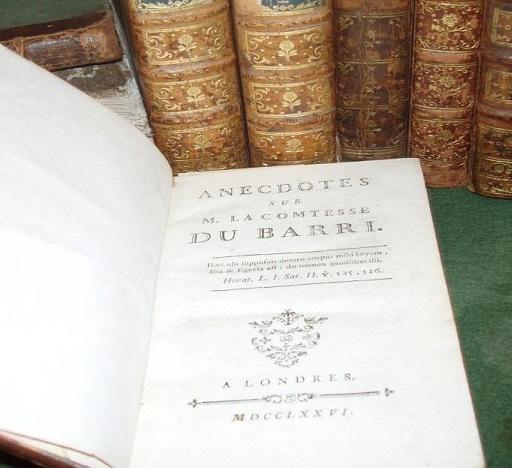 Collated STN purchase data, presented below, suggests that it was probably published by François Grasset in Lausanne, who was selling the STN extraordinarily high numbers of the work in 1776.

The unique typographic ornamentation of this volume, which bears striking resemblances to the fleuron used by Grasset’s brother, Gabriel, provides a further link to the Grasset family. In the course of preparing the database, many dozens of bibliographical mysteries have been either resolved or clarified.  Mark Curran intends to publish a bibliographical survey of those he has identified shortly.  Literary specialists and bibliographers will soon be able to use the database to clarify many more.