The first two papers drawing on early project materials were given by Simon Burrows early in 2008 and comprised a seminar at the Voltaire Foundation in Oxford in January 2010 and a paper at the ‘Collections and Compilations’ conference in Cambridge in March. 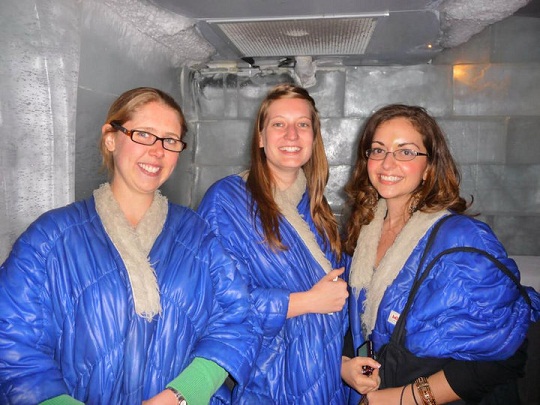 As complete figures for the STN’s trade came on line in 2010, preliminary findings were prepared by the project team and presented in a series of venues:

Simon Burrows presented seminar papers at the Universities of Stirling and Leeds in April 2010.

In May 2010, he gave a more specialised paper in Copenhagen entitled ‘Reference Books, Text Books and Enlightenment Cosmopolitan Culture, 1770-1789’ to the Alphabetical Nation Conference.

In late June 2010, Simon, Mark and Louise presented papers as a panel and demonstrated the database at the Society for the Study of French History Conference in Newcastle, UK.

The following week, Simon presented a keynote address entitled ‘Mapping the Illegal Book Trade of Pre-Revolutionary France’ at a conference on ‘The French Revolution in 2010: The Bicentenary Comes of Age’ at the University of Portsmouth.

Later the same month, Mark presented a paper outlining the project and demonstrating the database to book historians at the ‘Material Cultures’ conference in Edinburgh, and Simon gave a broadly similar paper at the Rudé Seminar in Sydney, Australia.

The climax of this round of papers came in August 2010 in Helsinki, where Simon, Mark and Louise again presented as a single panel at the annual conference of SHARP (the Society for the History of Authorship, Reading and Publishing).  Their findings have been so well received, that Simon and Mark have been invited to appear again in the SHARP conference in Washington in 2011.

In May 2011, Simon Burrows, Mark Curran and Vincent Hiribarren were invited to talk about Digital Humanities at the ‘Click on Knowledge’ conference in Copenhagen which can be viewed online here.

On 13 July 2011, Simon Burrows and Mark Curran gave a public lecture at the Library of Congress, Washington D.C., entitled: “A Digital Humanities Pathway to European Enlightenment: from Account Books to Banned Books via Google Books”. To see their webcast, follow this link.

Simon Burrows and Mark Curran were invited to play a major role in the SHARP 2011 conference in Washington DC, 14-17 July 2011.

Simon Burrows – Mapping the Intellectual and Business Networks of the Société Typographique de Neuchâtel from Cultures of Knowledge on Vimeo.

Mark Curran – The Geography and Structure of the Late Eighteenth-Century Book Trade from Cultures of Knowledge on Vimeo.

In January 2012, Simon Burrows and Louise Seaward gave papers in Chicago at the conference of the American Historical Association. See the panel dedicated to The French Book Trade in Enlightenment Europe.

The following July, on a trip to Australia and New Zealand, Simon Burrows gave a keynote lecture at the  XXth George Rudé seminar in Auckland entitled, ‘The High Enlightenment and the Low-Down on Literature in Pre-Revolutionary Europe’,  and a  Plenary Presentation, jointly with Nicole Coleman of the Republic of Letters project (Stanford University), on ‘Using Spatial Data for Historical Research’, to the New Zealand E-Research Symposium in Wellington. He also gave a paper on the project to old friends and colleagues at the University of Waikato and in the Alliance francaise de Hamilton.

At the end of the year, 27 November 2012, he gave a valedictory public lecture organised by the Centre for the Comparative History of Print at the University of Leeds, of which he served as a founding Director. A revised version of this paper entitled ‘In Search of Enlightenment: From Mapping Books to Cultural History’ was accepted for publication just four months later by the Journal for Early Modern Cultural Studies.

In July 2013 Simon gave the opening Keynote Address ‘Enlightenment Bestsellers?’ at the British Association for Romantic Studies conference at the University of Southampton. This was followed in November by a keynote address on ‘’The French book trade database and the charting of global cultural history’, at the Bibliographical Society of Australia and New Zealand, State Library of New South Wales, Sydney, 20-22 November 2013.

The same year, the project also featured as part of the UWS contribution in the ‘Around the World Symposium on Technology and Culture’, a day long virtual symposium organised by the University of Alberta, streamed live on 30 [31] May 2013, www.aroundtheworld.ualberta.ca, and in December Vincent Hiribarren gave the inaugural UWS Digital Humanities workshop presentation on ‘Visualizing Cultural Practices and Networks: Principles and Practices‘, in which he spoke extensively on his work on the project.